How VC can forecast the real-time performance of their portfolio

Every venture capitalist dreams of seeing real-time quotes for their portfolio on their terminal, just like every IPO investor can.

You sit there, sipping your coffee on the balcony in Miami and watching your quotes go back and forth in real time). But…

Honestly, that's the only reason why angels want all their startups to become unicorns, so they can see their progress in real time...

Right now, every startup frantically prepares quarterly reports in excel. This is all summarized manually and forwarded to the fund analyst. Then the fund analyst generates summary reports etc. This is how international venture capital lives... you see, in manual reports, on the one hand, it is easy enough to hide both Enron and WeWork, but on the other hand, there is no interaction, real-time and everything that has long existed in big business. Until now.

Everyone knows Amplitude and many have heard about Segment. But not every startup, even at the $1M ARR level, has them. Good knowledge of Amplitude is a skill, which, any product or analyst will be given an add-on to the fix. Exactly because no one wants to deal with them. It's a head-scratcher. These are cool solutions that can pull a lot of analytics, but you have to fiddle with them to set them up.

And then there's a solution that any june developer can set up in five minutes.

Really, that's about how long it took for us. Their positioning is product analytics for SMBs and startups. Bam, and in 5 minutes you see all the events on the template dashboards. You need more - create your own. Up to 1,000 MAUs for free... What more does a startup need at the initial stage of growth? It's a win-win. 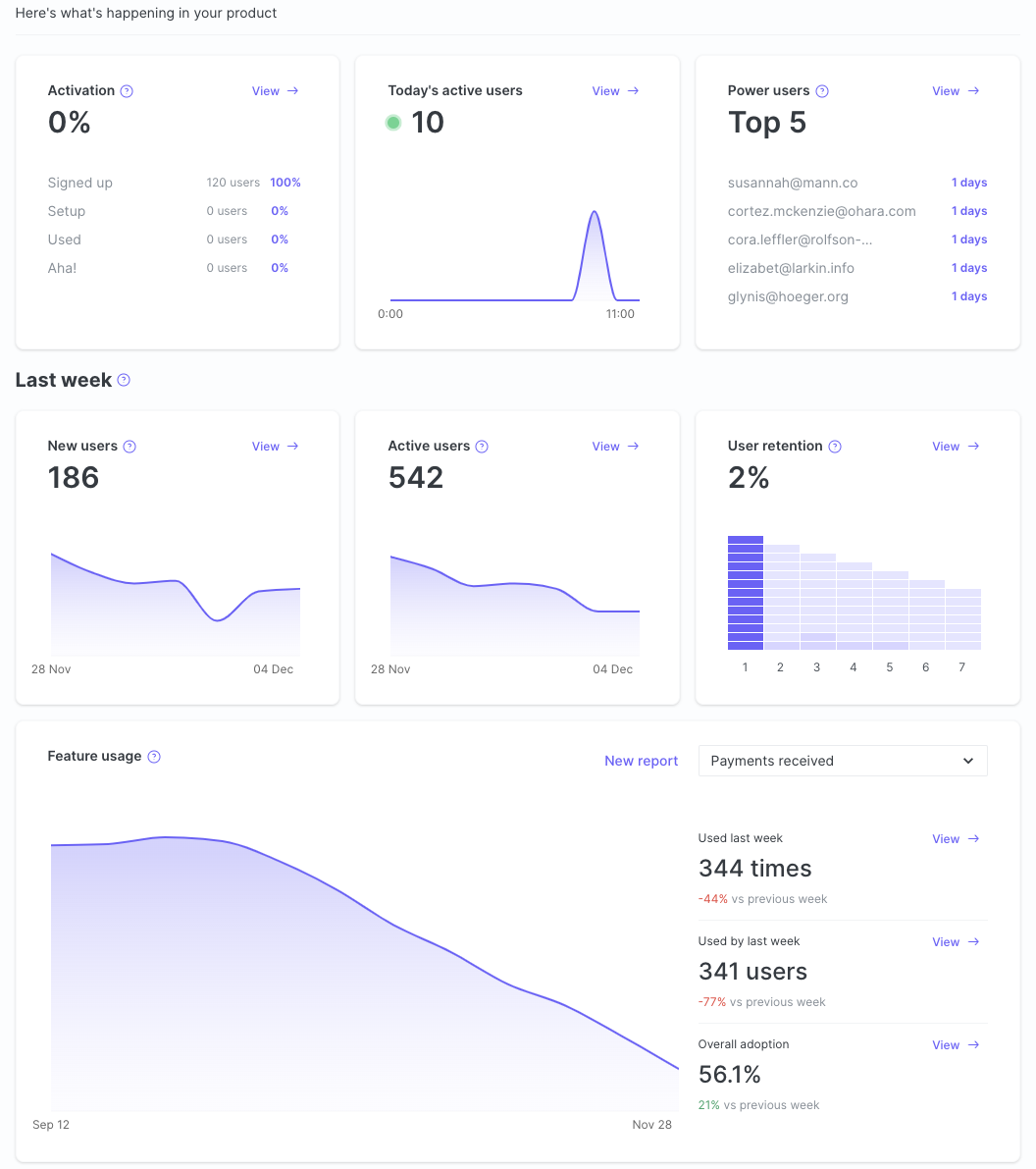 But if you think that's why they've raised so fast, I'm afraid to disappoint you. That's not their main thing.

Almost a year after the first line of code was written, hundreds of companies now use June to track, monitor and report their data. June recently raised $2 million in seed funding led by Point Nine and with participation from Y Combinator, Speedinvest, Kima Ventures, eFounders and Base Case.

What June looks like from the Product manager side

It's just a tool that provides different startups with analytics for fast growth. Or not growth, but everything is perfectly visible on the dashboard. What the product does with it is pretty clear.

What does June look like from the VC side

The VC who invested in June says to his portfolio companies: John, Alfred, Thomas, Irvin and Amanda, let’s go to June, it's super useful, you'll have everything on the dashboard. (And me too, ha-ha-ha)

Then he tells June's team: here's a list of companies, I want to see all the metrics for them on the consolidated dashboard, and for each one separately.

Now every morning over coffee, you can see all the metrics in the moment in real time as is and as it was. Highs.

The next question an investor has for June

So, I see all my portfolio companies maybe growing, maybe not. And June sees all his customers' (growing). Show me the companies that are growing faster than everyone else on different segments and with different initial MAUs? 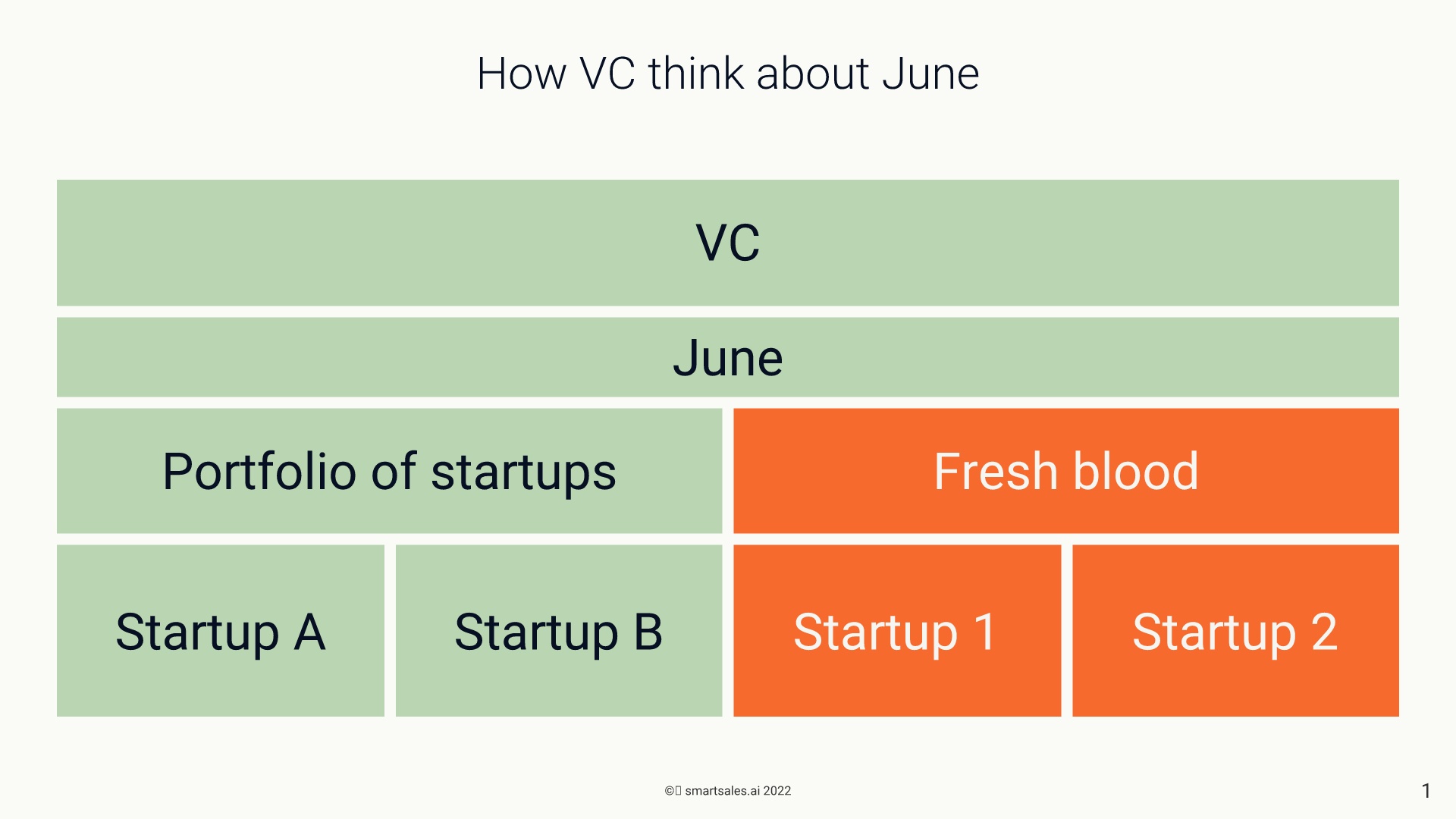 Just after the next sprint, the VC no longer reads the decks that are being thrown at him from all sides. He just throws in the term sheets to the startups that are showing the fastest WoW growth.

You just need to integrate Pandadoc or blockchain-based smart contracts. You bind a card in the mobile app and voila: a la Robinhood in your pocket.

And now the most important question an investor has:

OK, Gennie, I see all my companies in the moment and with hindsight. But that's not enough for me: I want to look into the future!

And how do I build a predictive model that shows the value of my assets not based on an analyst's narrative, but forecast 3-6 months into the future to predict metrics as accurately as possible?

Reasonable question: we see all the metrics of product user activity before and after activation. These are the actions of actual users. But we can't accurately predict how many users we'll have tomorrow, just based on trends and probabilities. Because in the pipeline every B2B startup has leads, which tomorrow, in a week, in a month should give dozens of new real users. And that will give a significant increase in MAU/MRR, because it's kind of B2B and kind of has to be enterprising, with $100k+ ARR checks. Or it won't. Hubspot integration doesn’t matter: there are no accurate data for forecasting.

I don't like surprises, now says the investor, Genie, I want to see a forecasting.

And then smartsales.ai comes around the corner 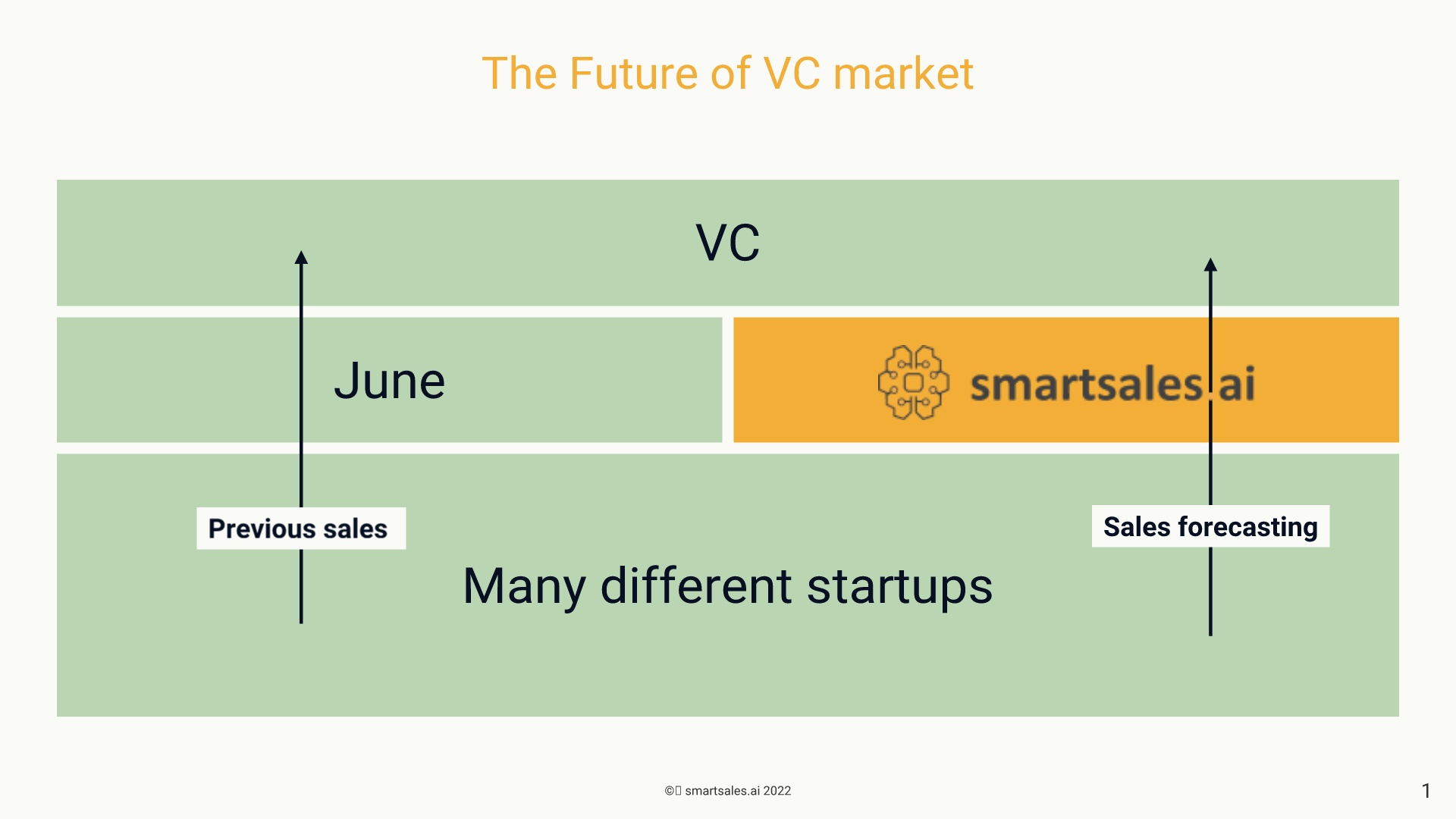 smartsales.ai predicts sales of the entire portfolio based on user behavior at each meeting.

Thus, processing analytics on the product activity of existing customers, plus analyzing the actual pipeline of portfolio companies, allows us to build reliable sales/revenue forecasts and create strategies that accelerate growth, which benefits the venturer in two ways.

The data quality issue is addressed by the same tool: smartsales.ai gets the data directly from the meeting or call, qualifies the lead and determines the effectiveness of the negotiations conducted. Rocket Science.

An objective picture of what's happening to the exact word. The word spoken by the customer, not a subjective evaluation. Clean data for decision making unwinds the whole tangle and removes unnecessary human influences on the numbers.

This is how smartsales.ai works

Jump to the demo

How to boost a conversion rate using a neural network

Case study about SMB that counts money and requires a 100% return on investment. Read how we got an ROI of 328% already during the POC.

10 Unforeseen Mistakes When Building a Remote Sales Team in 2023

Remote management and team motivation is still a blind spot for many sales directors. Let's look at what mistakes prevent proper communication with...

Get notified on new marketing insights

Be the first to know about new B2B SaaS Sales insights to increase the conversion rate with the tools and knowledge of today’s industry.